The owner of shops in Arbroath and Montrose has said that the campaign against the selling of Legal Highs has been successful and has forced him to reconsider.  In addition, the Lib Dem led policy to make New Psychoactive Substances illegal in future will mean that he will no longer be able to sell the products legally. 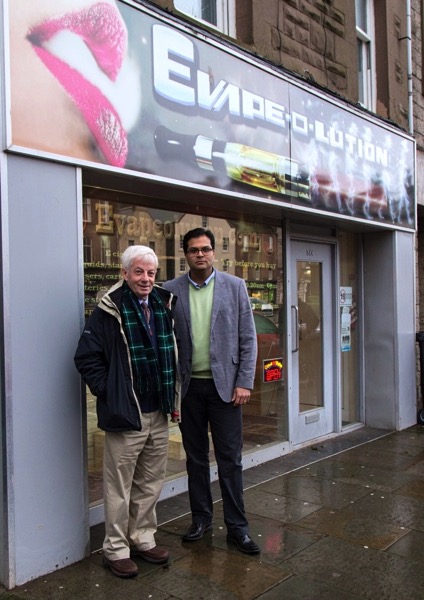 “Angus Lib Dems have fully supported the Montrose and Arbroath Against Legal Highs and we are delighted to see that their campaigns will be successful.  Many parents have been concerned about the effects these Head shops are having on their children.”

“The Lib Dems have taken a grown up approach to tackling drug abuse with the realisation that the current War on Drugs is not working.  As part of the UK Government, Lib Dem Ministers conducted research to show that Legal Highs should be banned, and that those suffering from drug dependence should be treated for their addiction, rather than treated as criminals.”

“We are the only party that are taking common sense, evidence led approach to tackling drug abuse and have a plan than can properly address the issue.”

“I am delighted with the news that these shops will soon stop selling Legal Highs but they should stop selling them right now.  They have been a blight on Montrose and Arbroath for several years.  It is fantastic to see a grass roots campaign get wide spread backing from the community and be successful.  Everyone who has backed the Montrose and Arbroath Against Legal Highs should be congratulated on their success and thanked for their hard work.”

“Too many of our residents of all ages, including many youngsters have suffered as a result of easy access to cheap drugs.  We have to take a more grown up approach and help victims of drug abuse, by understanding what led them to drugs in the first place.  We also need to stop an easy supply of cheap dangerous drugs.  That is why I am delighted Lib Dem Government ministers have, despite Tory opposition, indicated that these drugs should be made illegal in future and proper treatment provided for those who have become addicted.”