I can understand why a lot of people want to use humour to deal with Trump’s win. It helps us to rationalise something that feels incomprehensible to any liberal. And yet I find the humour profoundly uncomfortable and cannot bring myself to see the funny side.

As with Brexit, racist abuse is already on the rise in the US, along with homophobia, Islamaphobia and sexism. There have already been violent attacks both here in the UK and in the US. These attitudes towards others is becoming normalised in our society. 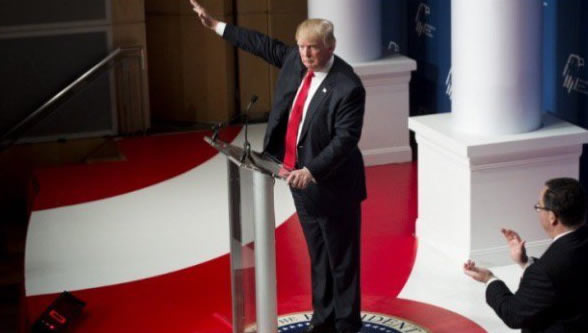 People angry at being left behind have been told for decades that it is fault of “the other”, with no evidence to back up this easy explanation. They now feel emboldened to openly voice and enact their misogyny, homophobia, racism, hatred & bigotry.

Nigel Farage feels free to call Barack Obama a loathsome “creature”, and to suggest that Donald Trump “should schmooze May but not touch her”.

Racism, sexism, homophobia, Islamaphobia is now regularly voiced in public, radio and TV without being challenged. They are claimed to be legitimate grievances and dressed up as religious freedoms, concerns about immigration and support for family values. There is nothing legitimate about these attacks because they are baseless.

I have nothing in common with them, I find no humour in their ascendancy and am profoundly angry at the deceit, lies and self interest that led to their rise.