I was delighted to be invited to the first General Election hustings hosted by Dundee & Angus College’s Arbroath Campus. The hustings, organised by students, took place on Wednesday at the Keptie Street Campus. I took the opportunity to meet with students on the Introduction to Construction course.

It was an excellent first hustings for the election campaign, with great chairing by Student President, Marc Winsland. It was also a real pleasure to meet the students on the Introduction to Construction course. 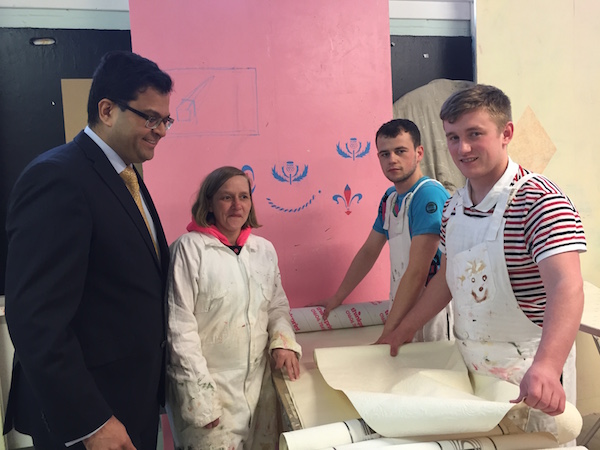 Questions focussed on the job opportunities for young people, the impact of welfare changes, the lack of affordable housing and low pay. In addition there was a frank discussion about Further Education funding.

During the debate, I discussed the Lib Dem’s record in Government, delivering on our front page manifesto pledges from the 2010 election. We discussed the 1 million jobs created by the coalition, along with 2 million apprenticeships. To tackle low pay, we can point to the record increase in the minimum wage announced on Tuesday.

I expressed disappointment that the Lib Dems have not been able to do more in blocking the Tories’ idealogical attacks on Welfare and Benefits. I called on the two main parties to end their rhetoric of treating those on benefits as being burdens on our society. Only then can we change the target culture in Job Centres which is leading to deeply unfair sanctions.

Colleges provide keys skills that Angus students need to get the jobs being created across the whole country. Skills that our local businesses desperately need to thrive. Colleges form a crucial part of the economy and education for Angus and Scotland.

That is why the Scottish Lib Dems have placed guaranteed education funding from nursery to College on the front page of our 2015 manifesto. As we demonstrated with the front page of the 2010 manifesto, the Lib Dems can be relied on to deliver on our headline commitments in government.