Angus Liberal Democrats have launched a petition calling on the sale of so called Legal Highs to end immediately. Following the news that the Montrose Evape-o-lution shop has been broken into for a second time, concerns have been raised that dangerous drugs are finding their way onto our streets.

The petition calls on the owners of the shops in Montrose, Arbroath and across Tayside to stop selling Novel Psychoactive Substances with immediate effect.

The petition can be found online by clicking here. If you want to share the address of the petition, Citi is http://bit.ly/StopLegalHighs 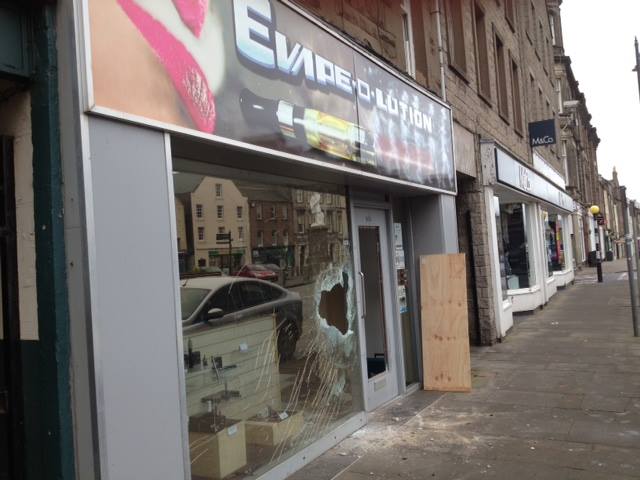 There is no legitimate use of these products, which is why the UK Government has indicated that they will be banned in future. The owners should stop exploiting the vulnerable and stop selling them immediately.

With the Montrose shop is getting broken into repeatedly, these dangerous drugs are finding their way onto the streets and may lead to serious health issues for people living in Angus.

“The shop was broken into twice today and this is at least the third time of being broken into. There is no doubt many of their products have been stolen. There are some very serious questions about security in the shop if the so called legal highs products can be removed so easily.”

“This is especially worrying as it is clear that the products so many of these types of shops sell are not safe and have led to deaths as well as real long term health problems for so many people.”