Figures revealed by the SNP Government show that the Business Rates rise this year, with no transitional relief, increased rates for local businesses by £10.6m (18%) in Aberdeenshire and £2m (9%) in Angus

Regional Liberal Democrat MSP, Alison McInnes, and I are supporting local businesses who are outraged at the Scottish Government for offering no respite to businesses whose rates have risen substantially.

”Despite the Liberal Democrats fighting for a fairer system for Scottish businesses the Government have refused to introduce transitional relief, the same relief that is on offer throughout England.

“The increase follows a countrywide revaluation programme and with no hope of a relief scheme, Angus businesses have found themselves being taxed an extra £2 million per year.  This has been a hammer blow for many local businesses.

“Within Angus we have seen numerous hotels and garages having to budget for huge rates rises.  This is sure to put Scottish businesses at a disadvantage.

“The SNP refused to consult, they refused to listen and now they must squarely take the blame for the extra burden they have placed on the shoulders of local businesses.”

In Aberdeenshire Council’s area, including the Mearns, the rise is £10.6m, a staggering 18% year on year. This is the second highest percentage increase across the country. The £2m rise for Angus alone is a 9% increase.

Having talked to shop owners and particularly hotel managers, the Business Rates rise has hit them hard, right in the middle of the recession.  You only have to walk around the high streets in Angus and Mearns to see the closed shops and the impact that the rates rise can have.

We need a vibrant small business community to get the economy going again.  The SNP government should help businesses create jobs, not make it harder for them to stay afloat. 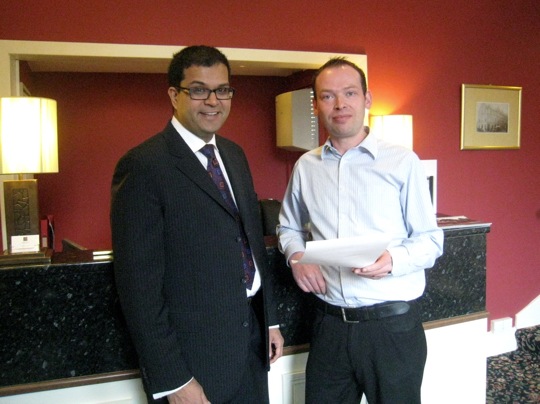