Angus Lib Dems are backing proposals by Angus Council officers to repair the Esk Road Coastal Path in Ferryden.  Due to coastal erosion and the resultant safety concerns the very popular coastal path has been closed, for many, many months.

I back the hard work which has been put in by the council to reinstate the previous line of timber wall and path along the section affected by the erosion. I am aware that local walkers will be delighted when the coastal path finally re-opens due to its popularity 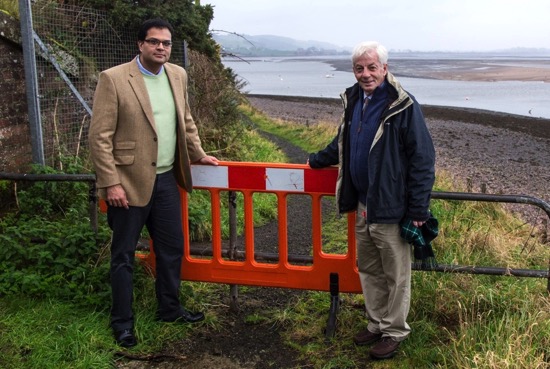 “A number of people in the area have spoken to me about this as it is a path much used by local walkers and I have been regularly in touch with council officers for it to be re-opened. However, it has taken them time to establish ownership as well as developing a coastal defence structure which would provide increased protection against further erosion of land, and reduce the risks to the reinstated Core Path, as well as other local assets and infrastructure, including utilities and rail.”

“The good news is that most of the planning of what is needed to reinstate the path has now been done, and the roads staff are now in the position of currently seeking formal consent from the statutory bodies and the landowner to carry out the  proposed works.”