Angus Liberal Democrats have reselected me to be their candidate for next year’s General Election. It is a real honour to be selected to represent the Angus Lib Dems again and I would like to thank the members for their continued support.

Angus Liberal Democrats have reselected me to be their candidate for next year’s General Election.  I have campaigned on behalf of Angus residents for many years and as candidate at the 2010 General Election and again at the 2011 Scottish Elections.
It is a real honour to be selected to represent the Angus Lib Dems again and I would like to thank the members for their continued support. 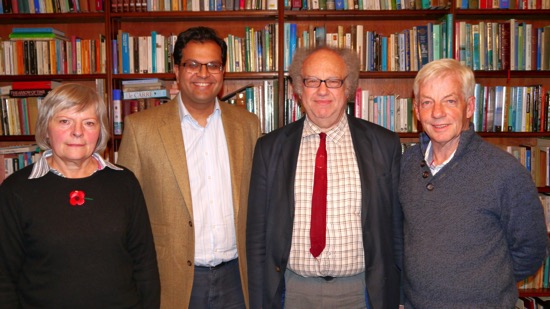 There has been a clear message from voters in every election since 2010.  We are all fed up with the the same old politics, where our voices are not heard and we feel we cannot make a difference.
Angus voters made it very clear that we want to remain part of the UK at the Independence Referendum, but also that we want the way we do politics to change.  All political parties are committed to further devolution to Scotland and, as a Lib Dem MP, I would work for Home Rule for Scotland.
But that does not go far enough.
Only the Lib Dems are both committed to changing politics and could also be in government to force through the changes we all need.  Labour and the Tories have repeatedly blocked change.  The SNP cannot and will not be part of the government.  The Lib Dems gave you a say on voting change, but our plans for giving you real power to sack your MP, clean up money in politics and having an elected House of Lords have all been blocked, by hard right wing Tories and Labour – desperate to hold on to power.
With only 6 MPs, the SNP cannot make a difference and as they are determined to split our country apart, are not worried about how Westminster is run.
Only with a Scottish Lib Dem can people in Angus be confident that their MP is working for real change to make sure their voice is heard.
Montrose Lib Dem Cllr David May welcomed my selection, saying,

“Sanjay has backed keys campaigns in Angus and in particular the Montrose area.  This includes better funding for flood prevention and coastal erosion across Angus and the need to back plans to develop the Harbour here in Montrose.  He has backed small businesses, the need to reinstate traffic wardens and backed the need to ban Legal Highs.”
“Sanjay has also criticised the SNP for their huge cuts on college places, closure of our police counters and lack of action on a flyover at Laurencekirk. “
“Sanjay understands that all MPs should work hard on local issues for their constituents, but that they also need to drive through changes at Westminster so that our views are heard.  All too often SNP MPs sit on their hands on Westminster issues because they are only worried about independence. Angus voters gave a huge majority for being part of the UK and they need an MP who can and will deliver more powers for Scotland and clean up politics at Westminster.”

“Sanjay is a worthy candidate and I am delighted that he has agreed to represent the party again at the General Election. Sanjay has stood up for families working in Angus and the elderly. He will work hard to represent everyone in Angus at Westminster.”