Labour are demanding a lobbying register. In 2006, 284 Labour MPs, voted against a Lib Dem bill to introduce one, including Ed Milliband. 5 of 6 SNP MPs voted against it, and only 1 Conservative MP votes (against). Complete hypocrisy

In the wake of the Adam Werritty scandal surrounding Liam Fox MP, the Labour party are apparently demanding a lobbying register.  It might surprise you to know that such a bill was introduced to the House of Commons by the Lib Dems in 2006 and it was voted down by 284 Labour MP’s.

You will be pleased to know that just such a register is in the Coalition agreements from 2010, as demanded by the Lib Dems.

“David Cameron has still not introduced the compulsory register of lobbyists he promised.

“In the wake of the Adam Werritty and Atlantic Bridge activities it is now essential we have greater transparency.

“The government should bring forward as a matter of urgency plans for a compulsory register of lobbyists with records being kept of meetings between lobbyists and ministers.”

Read the full article on the BBC by clicking here.

Every Lib Dem member, supporter and MP agrees.  Which is why we have been calling for regulation of lobbying for years.  In fact we introduced a bill to the House of Commons calling for a reporting of corporate expenditure on lobbying and putting a cap on their lobbying expenditure.

Remember, this is all before the Stephen Byers “Cab For Hire” incident.

Any guesses for Labour MP’s who voted against the motion?  You guessed it Ed Milliband, Ed Balls, Yvette Cooper, and one Gareth Thomas.

Also of note, the Conservatives did not bother to vote.  And 5 of the 6 SNP MPs also voted against the Lib Dem bill, including Angus MP, Mike Weir.

You can see full details of the Bill and all those MPs who voted against it by clicking here. 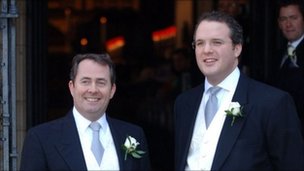 0 thoughts on “Labour Hypocrisy on Lobbying”