Angus Lib Dems and I are backing calls for the UK government to keep a £60 fund allocated for investment in British Ports to support wind farm development.

Following a visit to Montrose Harbour with  local MSP Alison McInnes, the Scottish Liberal Democrat spokesperson for Climate Change and Angus councillor David May, Angus and Mearns Liberal Democrats have backed calls to protect a fund that could benefit the Port at Montrose.

The £60 million development fund had been allocated by the UK Government to support redevelopment of British ports to service new offshore windfarms. Montrose had hoped to benefit from some of the money, but now faces missing out if the funding is cut in the upcoming spending review.

I visited Montrose harbour area last week  with Alison and it is clear that this fund could make a big difference to the port. The off-shore wind farm market is very competitive and there is a need to develop the infrastructure so that Montrose can establish itself on the international market.

There is clearly the potential to create hundreds of green jobs which would be a huge boost to the economy of Angus. I hope the Liberal Democrats in government are able to find a way to salvage this fund from the financial mess left behind by Labour.

Montrose councillor David May, convener of Infrastructure Services, added his support to the call as he has been directly involved in visiting the port on several occasions and is well aware of the potential for jobs.  He said:

“It is obvious to me that this funding will make a difference to what Montrose port will be able to do.  It has been a huge success in recent years and we are all aware of the possibility of wind-industry work in our port which could lead to hundreds of new jobs in Angus, and this could directly benefit towns such as Brechin, Arbroath and Forfar as well Montrose so the retention of this fund is vital. 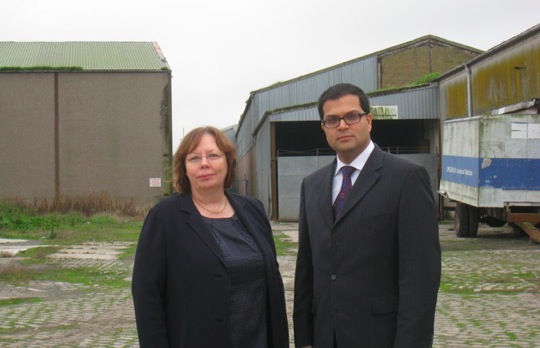