Labour candidate Kevin Hutchens was criticised by Nigel Don MSP and Alex Johnstone for not knowing Brechin Community Council had disbanded. I will be focussing on policy, not personal attacks.

in a recent article in the Brechin Advertiser about Kevin Hutchens writing to the disbanded City of Brechin and District Community Council, I was reported as being “unavailable” for comment.  I should have stated clearly to Brechin Advertiser reporter Steve Mitchell that even had I not been away on a family break, I would have chosen not to comment in any case.

Whilst Mr Hutchens should really have known about the very disappointing demise of the Community Council, I would not take the opportunity, as my SNP and Conservative opponents, Nigel Don MSP and Alex Johnstone MSP, have done, to stick the knife in to a fellow candidate.

That is because I believe that the Scottish Elections should be about local issues and policy, not about personal attacks.  There are far more pressing concerns for people in Brechin, not least of all the lack of a Community Council.

The town is still reeling from the loss of the Town Centre Regeneration Funding promised by the SNP Government, just as the town had lost its voice through the Community Council. Also, Brechiners will still want to know whether the Scottish Government will help to prevent further flood damage in the town.

I will be focussing, in my campaign, on local issues, not on taking cheap shots at my opponents. 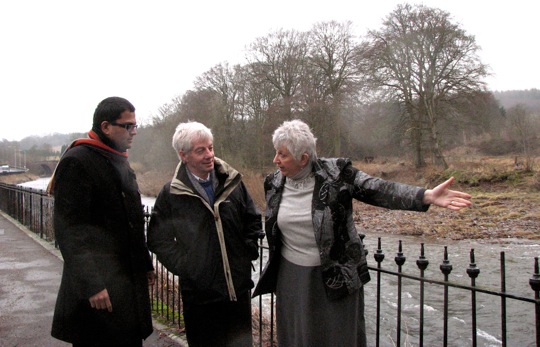