I am concerned about a rift developing between Aberdeenshire Council and Bervie Braes residents and Stonehaven Community Council. Everyone wants the same goal, so we all need to work together for a solution

I am deeply concerned that a divide is forming between Aberdeenshire Council and Bervie Braes residents, and I have called on all those involved to work together for a resolution.  I sought to remind all concerned that they are working towards the same goal, to secure the Braes and ensure there are no further landslips.

Everyone involved, the residents, the Community Council, Aberdeenshire Council and local Councillors all want the work to secure the Braes to go ahead as quickly as possible.

Having visited Bervie Braes with David Fleming, chair of the Community Council and discussed the issue at length with Aberdeenshire Councillors, particularly Stonehaven Cllr Peter Bellarby, it is striking that they have far more in common, than they have differences of opinion.

Residents, having narrowly escaped earlier this year, and having been promised a resolution by the Council, will be worried about going through the winter without the Braes being secured.  Clearly, residents want to ensure that their future insurance coverage is not affected by the waivers which they have been asked to sign.  Their concerns are understandable and the council should take note.

It is therefore heartening to learn that the Council, having tried several times to visit all the residents to discuss the waivers face-to-face, is open to changing the wording in response to their worries.  When I have discussed the issue with Peter Bellarby and other Aberdeenshire Councillors, it was clear that they felt very, very strongly that the Council should undertake the effort, even though it has no responsibility to do so.

Aberdeenshire Council have had a major success in securing £2m from the Scottish Government towards the cost of the scheme and should be commended for their effort.  Understandably, the council has a responsibility to all other Aberdeenshire residents to ensure they do not incur a future liability, beyond the proposed scheme.  The contractors insurance will cover the work that they do, so this should be straightforward.

I would urge all those involved to put themselves in each others’ shoes.  They would then understand that it is in everyone’s interest to work together towards a mutually satisfactory outcome. 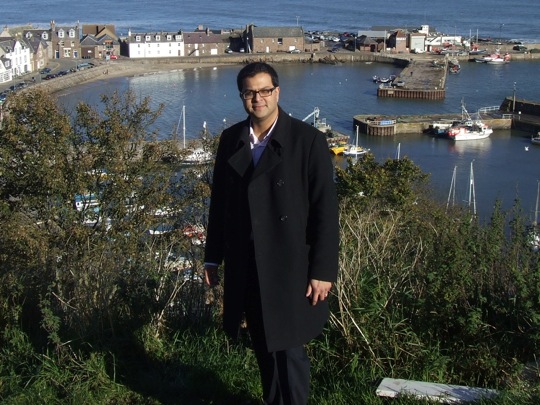